This is the period for which we know the ancient name of Tell Brak, Nagar. The site was an independent city-state with connections to Ebla, to the west. The 3rd millennium occupation has been comprehensively published in Oates, Oates, & McDonald (2001), The Excavations at Tell Brak Volume 2.

During the Akkadian / Early Jezirah IV Period (c 2334-2150 BC), the site was an outpost of the southern Mesopotamian Akkadian state.

Mallowan’s 1930s excavations revealed the “Naram-Sin Palace”, a large storage and administrative structure at the southern edge of the city. During the 1980s-1990s, a complementary administrative building complex was exposed in Area SS to its west; these two buildings may have flanked the southern entrance into the settlement.

Two important buildings of early Akkadian date were exposed in Areas SS and FS. The Area SS complex comprises an audience court (8), temple (2-3), administrative areas, large courtyards and industrial features. Some of the walls in the audience court and temple area were decorated with plastered ornament and niches. 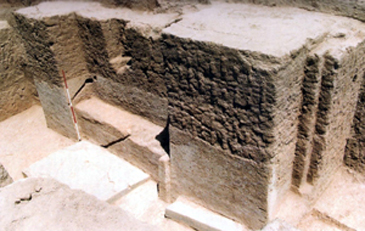 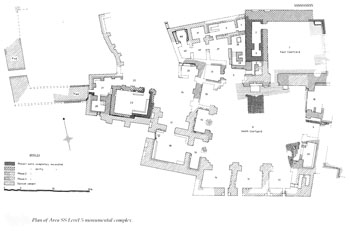 The Area FS buildings also include a temple, perhaps to the god Shakkan, and further administrative offices and large courtyards. In the courtyards, there is evidence of stake holes and herbivore dung. This institution seems to have been associated with the care and breeding of equids, including the onager-donkey hybrid that preceded the horse in this area as the appropriate animal to draw the chariots of gods and kings.

Cuneiform tablets and sealed bullae were recovered from Areas SS and FS, some of which recorded the delivery or dispatch of donkey-onager hybrids.

Both buildings were ritually ‘closed’ and filled after a possible environmental catastrophe led to their brief abandonment, sometime before or, at the latest, early in the reign of Naram-Sin. These closure rituals involved hoards of jewellery and metal objects and sacrifices of saluki dogs and equids. 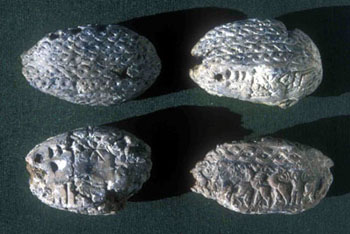 Sealed clay dockets with cuneiform inscriptions recording the delivery or dispatch of the donkey-onager hybrids. 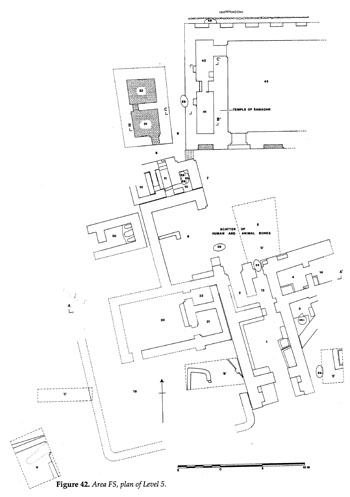 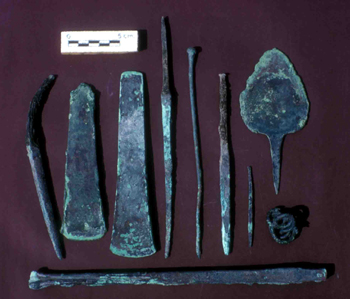 Valuable jewellery (as below) and metal objects (as above) were also placed in the building as ‘closure’ offerings. 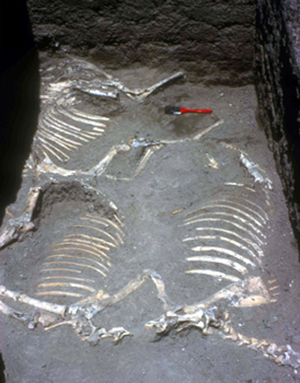 Saluki and donkey sacrifices associated with the ritual closure of the Area FS building. 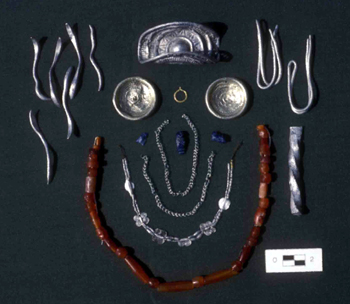 Tell Brak continued to be occupied in the controversial “Post Akkadian” Period (Early Jezirah V), which saw reduction is site sizes and many site abandonments across the Upper Khabur. Its size was reduced to c 10-15 ha at maximum, and many of the public building areas were converted to private use. A large Post-Akkadian house was exposed in Area FS (Level 2); its most unusual feature is the small “shop”, entered from a street, with large pottery vessels cut in half to make containers on the shop “counter”. 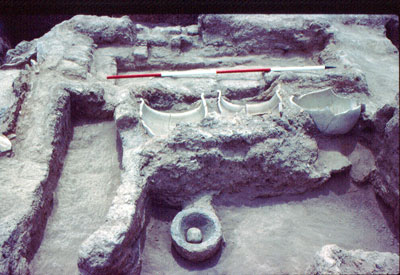 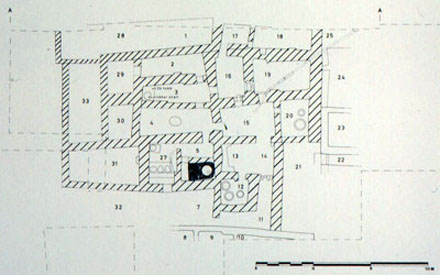