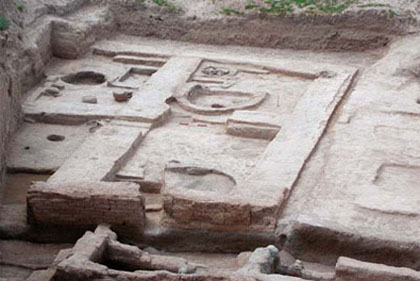 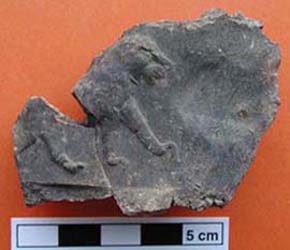 Recent excavations in Area TW identified an industrial area of the late 5th-early 4th millennia BC. The earliest level reached so far (Level 21, c 4200 BC, Late Chalcolithic 2) comprises unstructured space, with ovens, pits, ephemeral structures, and evidence for manufacture of pottery and stone tools. The succeeding level (Level 20, c 4200-4000 BC, LC 2) saw construction of the monumental "Basalt Threshold Building" and structures to its west, associated with ovens, flint and obsidian tools and debitage and shell inlay. While the Monumental Building was still in use, these structures were succeeded by a massive building (see image to left) with evidence for intensification of industry, including more large ovens, obsidian and flint tools and debitage, many spindle whorls and unworked chunks of limestone and jasper (Level 19, LC 2-3, c 4000-3900 BC).

A unique find was an obsidian "chalice" with a marble base, found in Level 19 (c 17 cm high). Clay container sealings from Levels 19 and 20, bearing images of lions walking or trapped in nets, point to the growing importance of ideological representations within an elaborated system of economic control. Area TW is situated next to a street that connects to the north entrance of the city, a location that suggests the Monumental Building had a formal economic role overseeing the import of raw materials from Brak’s sustaining area and beyond, as well as associated manufacturing activities. The increased structuring of this industrial area and the expanding scale of buildings and features from the late 5th through early 4th millennium BC are key points of evidence in support of the reconstruction of the complex economic aspects of early urbanism at the site.

Our excavations in the spring of 2011 targeted Brak’s peri-urban zone and the possible movement of industrial processes to the city’s edge, as demand for living space within the city centre grew. 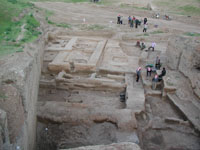 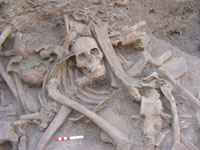 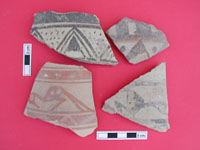